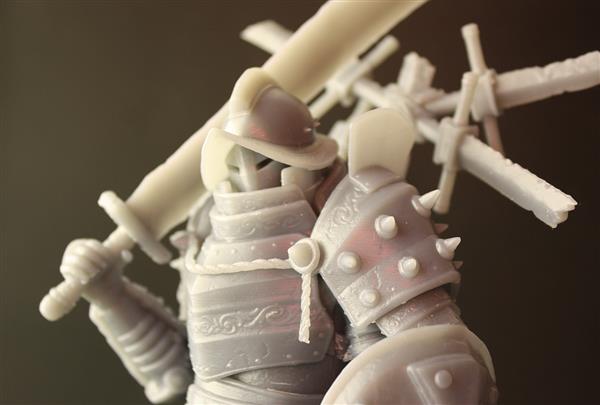 The tabletop game were a big hit back in the 80’s: when there weren’t tv, pc and smartphone the tabletop games such as Dungeons & Dragon’s, Risiko etc. got a lot of fans and widespread.

With the age of video games and 3d games the tabletop games have lost some of interest  in the players, but it never faded away.

In fact, in these last  five years the fantasy tabletop game have gained more and more momentum.
Also, we all know that this will be the year of 3d printing, so it’s natural that in every major 3d models search engine such as Aipos3d the models of dwarves, elves and warriors are the most downloaded.
It’s very cool that everyone can model the avatar of the character that represent itself in the game. Using a simple 3d design software you can put a sword, an axe or a bow in your hand and use the 3d model in D&d or other games.

3D models are useful also for non-fantasy games such as Vampire The Masquerade or for print your own replica of anime characters like Naruto, Goku or similar. It’s a lot of fun because you can decide the stance, the clothing, weapons, gender etc. Modeling your own avatar it’s useful because you can decide to design it to be updated: maybe the cloak can be changed, or the sword or other items.

Using the search engine mentioned above, you can also find 3d models made by other user, that maybe had the same idea as you.